Lift droopy brows and awaken a refreshed, youthful appearance with a Forehead Lift.

Are you tired of people asking you if you’re tired? As we age, the outside half of our eyebrows can begin to fall, creating a heavy, worn out and tired appearance. In addition, we also lose fat from our temples and the area beneath our eyebrows, making them look flat and hallowed. Looking in the mirror and seeing a face that looks tired, aged and even angry can be extremely discouraging; especially if you don’t feel this way! Forehead lifts (also known as brow lifts) are designed to restore a refreshed and lifted position to the eyebrows and upper portion of your face, alleviating a tired and heavy appearance.

Brow Lift & Blepharoplasty Before & After The most common forehead lift techniques performed today are trichophytic and endoscopic brow lifts. In the endoscopic technique, the lift is achieved by using small surgical telescopes passed through small incisions within the hairline. The goal of this method is to lift the outside half of the eyebrow to create a youthful, rested looking eyebrow and upper lid region. With a trichophytic brow lift, the incision is made along the hairline, which does not elevate the hairline. During your initial consultation, you and your physician will discuss which option is most appropriate to achieve your best outcome.

A forehead lift not only lifts a saggy brow line but also helps create a smoother, more refined look to the overall forehead. As this is an area of the face in which we show pronounced expression, deep lines and heaviness may be present here. Additionally, a forehead lift can even help lessen the depth and severity of crow’s feet in the temple area next to the eye, leading to a more refreshed and awake appearance. It can also reduce the “scowl lines” between the eyes.

Oftentimes, patients who are concerned about saggy/crepey upper eyelid skin find that this issue is significantly improved after their eyebrows are lifted to the correct position with a forehead lift. Our physicians are careful to lift the eyebrows in such a way that maintains their gender-appropriate shape, which is arched for females and lower and flatter for males. Also, we use the utmost discretion to not over-lift the eyebrows, which can create an unnatural, surprised look. Our goal for your end results is that your brow and forehead appear just as natural and lifted as they did 10 years ago, not to make you look like someone else!

A forehead lift can be performed in tandem with a facelift procedure. In certain cases, repositioning forehead skin may be necessary to achieve the optimal improvement in eyelid surgery as well, especially for those patients with heavy descended brows. Your physician will discuss which complementary procedures may be recommended to achieve overall balance to your features and the best results.

I tried to send this via email but once again I am technology challenged. You operated on my husband _____ face on ________. His follow up caregivers have all told us they were expecting a bizarre looking person according to the facial fractures he sustained that were documented in the chart and were surprised at how perfect his face looks now. One of the therapists said ____ it looks like Michaelangelo must have operated on him. His eye site is improving also. I can’t say thank you enough Dr. Michaelangelo!

Call our Eagan and Woodbury clinics to find out which of these affordably-priced procedures could be right for you.

Are you interested in learning more about Eagan, Woodbury Brow Lifts & Forehead Lifts?
Schedule a consultation with our staff to find out if it is right for you. 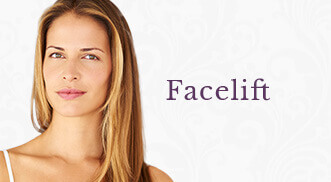